How might peacemaking look in Salisbury/Rowan County? Covene with your neighbors on Tuesday, July 7th at 6:30pm at Mean Mugg Coffee, 1024 S. Fulton Street, Salisbury NC for dialogue and resolution.

Our specialty is informative events such as, Q&A parties, screening dialogues, interpersonal workshops, and community forums. We offer both face-to-face and online event designs. Contact us today for a “free” consultation for your next meeting/event.

We asked some of our guest from our screening of “Free Angela and All Political Prisoners” to share their thoughts about the film. Our first guest blogger is Anthony Smith. Thanks Anthony for your support and sharing!

A Brief Reflection on Free Angela

On May 29th Toni (my wife) and I hung out with our friends and gospel co-conspirators Dustin and Hannah Wilson to see the new documentary about professor, activist and revolutionary Angela Davis titled “Free Angela and All Political Prisoners”. The event was hosted by The Vine Events, a local group that curates educational, cultural and community events whose lead organizer is Tonya Miller Cross.

Free Angela covered the events surrounding Angela Davis’ imprisonment in California during the late 60s and early 70s. The documentary itself did a great job in weaving her personal story within the larger social and cultural tumult of the 60s.

Rather than a re-cap I’d like to just simply point out random ideas, thoughts and observations that emerged for me on that night.

1. It only takes a handful of committed change-agents to demonstrate that another world is possible. In particular, Davis’ connection with various organizations within the black power movement, Communist party, and other radical movement groups during this period. These folks literally saw themselves ‘ushering in’ another world characterized by equality and freedom. Today, we need more leaders with this kind of mindset. Reminds me of the conversation in larger liberationist movements that focus on pre-figurative politics and what some followers of Jesus would describe as a kind of eschatological politics….whereby a group of people demonstrate in the present moment a more just and peaceful lifestyle in the midst of societal oppression. Will you play a part in ushering a different more just world?

2. You don’t need permission to start a revolution. I was inspired by Davis’ self-possession. She had a strong sense of self and identity as a woman, revolutionary and human being. Her courage to distinguish herself from the patriarchy and nationalism of some of the black power organizations demonstrated her willingness to be about revolutionary projects that fit her own particular story. Also her ability to see herself unfolding within a larger story with different streams pouring into her personal story. She did not distance herself from all that made her who she was and is. She weaved into her story her life as an entrenched Continental Philosopher, child of the Jim Crow South (hailing from the black elite in Birmingham, Al); an elite education and other elements you’d think would disqualify her from solidarity with the oppressed and marginalized. Her elite education did not stop her from joining in the social revolution. But she realized she had to dig in and get her hands and feet dirty. She was not afraid to be her own person thus demonstrating her equality whether it was recognized or not. What revolution will you start?

3. Raison d’etre. This word was used a couple of times during the documentary. I was asked its meaning by someone watching it with me. It is a French phrase that means ‘reason for existence’. It also means to possess a sense of purpose or direction. Dr. Davis represented a human being who discovered her raison d’etre. Also, someone that made an intentional decision to unfold and flourish in it. Unfortunately, the graveyard is overflowing with people who never discover nor walk out their raison d’tre. What’s yours?

Anthony Smith lives in Salisbury, NC. Anthony is one of the co-hosts (along with this wife Toni Cook-Smith) of Mission House, a kingdom experiment in Salisbury, NC. He is the ‘resident emerging theologian’ of an Emergent Village cohort in Charlotte and a co-host of the emergent cohort in Statesville, NC. He also serves on the leadership team of TransFORM, a global network of missional leaders and communities. He facilitates a blog, Musings of a Postmodern Negro, that is an investigation into the intersection of theology, philosophy, race, popular culture, politics, and emerging culture 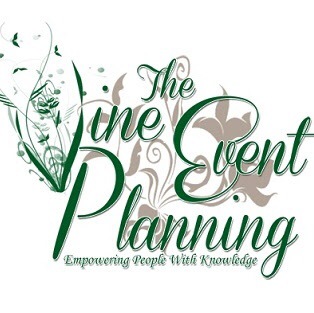