We asked some of our guest from our screening of “Free Angela and All Political Prisoners” to share their thoughts about the film. Our second guest blogger is Whitney Peckman. Thanks Whitney for your support and sharing!

Seeing Free Angela and All Political Prisoners was both a learning experience and a trip down Memory Lane since I am a year older than she. I remember, at the time, the disbelief in the white community – disbelief at what so many saw as audacity (that blacks would take such an independent stand without fear – though, of course, there was plenty of fear!), as incredulity (that “they” had anything to complain about…after all, the Civil Rights Bill was a done deal!), and, as events continued to evolve and invade living rooms with the evening news, growing fear. Would this be the revolution? (Would this be when “they” got back at us?) And, there were some, mostly on college campuses (and amazingly, on farms!), who could see the truth, as is well shown in the film. Thank God for institutions of higher learning!

My personal life, in those years, was greatly in turmoil. I had spent several years living in a mixed community and on college campuses. Looking back, and watching people come together over what was such a righteous cause, made me wish I had driven across the country, my two-year old by the hand, and joined the picket line. Angela was a bright shining star – an enormously intelligent woman in control of her choices because she took control of them. Others of us came more slowly to that achievement.

And so, I watched the film with a much greater understanding of those hard fought battles. I wonder if Angela knows, really understands, what a giant leap she made – for all of us…black, white, women, men, Americans striving to live up to our vision of this land of the free. One could not sit in that audience and fail to understand that the same struggle goes on today. The struggle continues, and every high school student should see Free Angela.

One thought on ““Free Angela” – Trip Down Memory Lane” 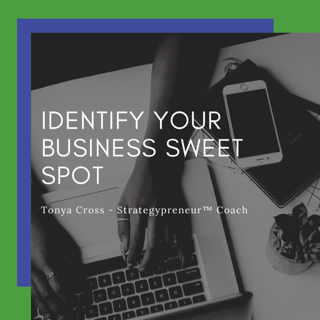 My first tip relating to business copywriting is spelling and grammar! Depending on your target audience, correct spelling and grammar can impact how you resonate with your target audience.
In my latest blog post I break down 5 basic tips in a short video tutorial on copywriting for small businesses. As always, I keep things simple and concise for the busy creative entrepreneur. Click link in bio, then scroll down to Website to listen.